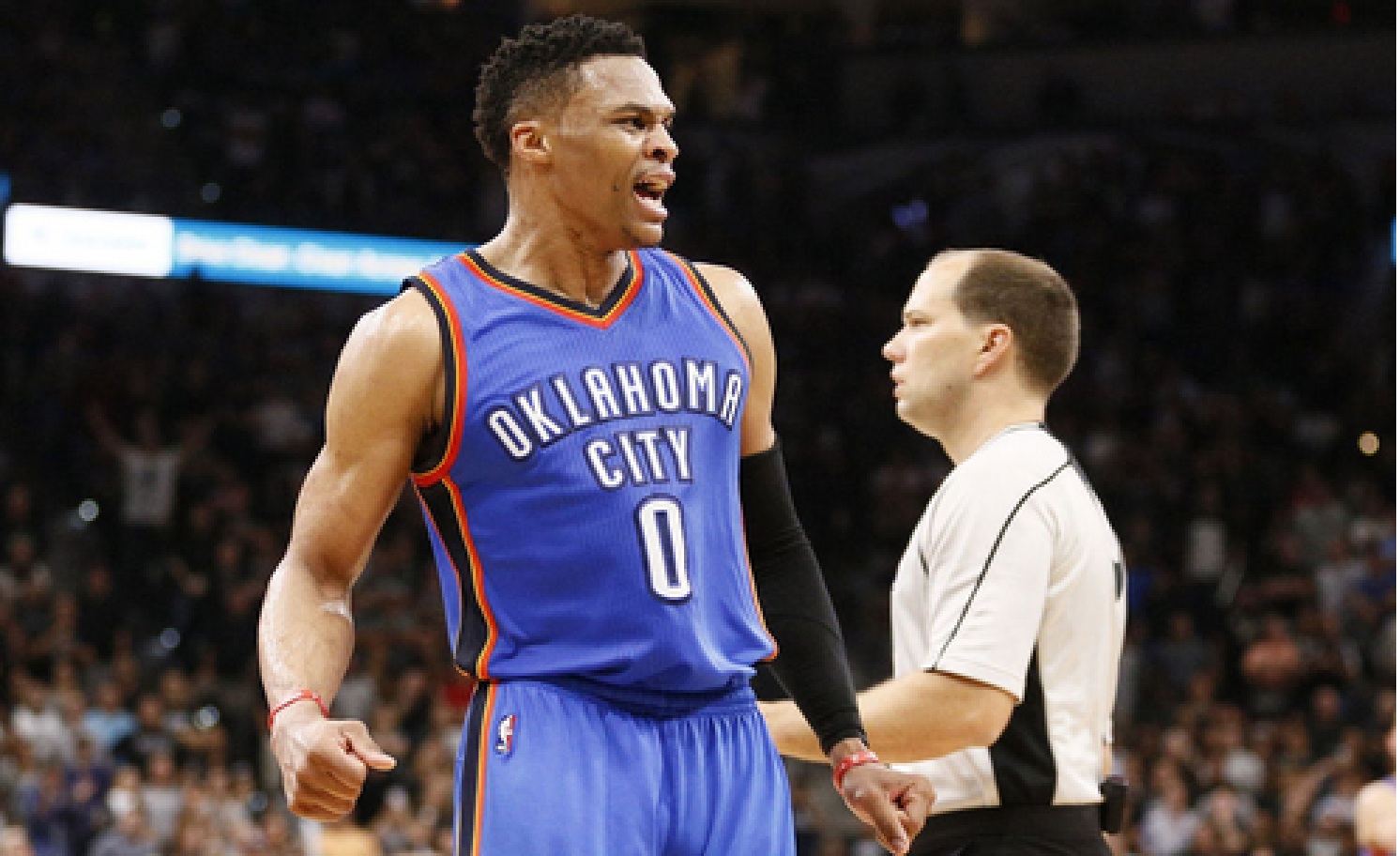 Now, on to a larger point.  The NBA Finals are going to start Thursday night, featuring two teams that are not the Oklahoma City Thunder.  This is because the Thunder lost three consecutive gains to blow a 3-1 series lead.  This everyone knows.

But let me lay out a scenario for next season that should be heartening to OKC fans and scary to the rest of the league.  This is where I lay out at 9-point program that allows a team to improve dramatically, even though it was already good enough to push one of the 5 to 10 all-time best-ever NBA teams to a closely-fought game 7.

3) Enes Kanter becomes good enough at the corner 3 to make it in volume.  Meanwhile, he locks himself in the same gym as Westbrook and becomes a non-embarrassing defender

5) Playoff Billy Donovan shows up all season, and even improves by the start of the 2017 playoffs.